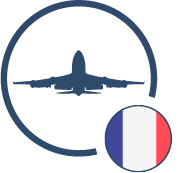 In the EU official documents, a Free Route Airspace is defined as such :

« Free route airspace (‘FRA’) [...] is a specified airspace within which airspace users may freely plan a route between defined entry and exit points. Subject to airspace availability, airspace users must have the possibility to choose a route via intermediate, published or unpublished, waypoints without reference to the ATS route network. Within that airspace, flights remain subject to air traffic control. »

In other words, a FRA is a piece of airspace in three dimensions (laterally and vertically bounded), within which one can freely plan its flight trajectory from an entry point to an exit point. The trajectory can use intermediate turning points. Available entry and exit points shall be published in the country AIP. In those free route airspace, former ATS routes are withdrawn.

1.3 Typical trajectories within a FRA

As previously stated, ATS routes do not exist anymore within FRA - with some exceptions. As such, flight planning is only possible using "DCT" links between the aforementioned turning points.

Inside a given Free Route Airspace, the flight trajectory will match one of the following scenarios :

FRA application in France is described in AIC n°11/21, published by SIA.

From the 2nd of December 2021, three distinct Free Route Airspace are in force in France.

As shown in the picture below, those 3 airspace are spread within Bordeaux (LFBB), Brest (LFRR), Paris (LFFF) and Marseilles (LFMM) FIR and ACC. 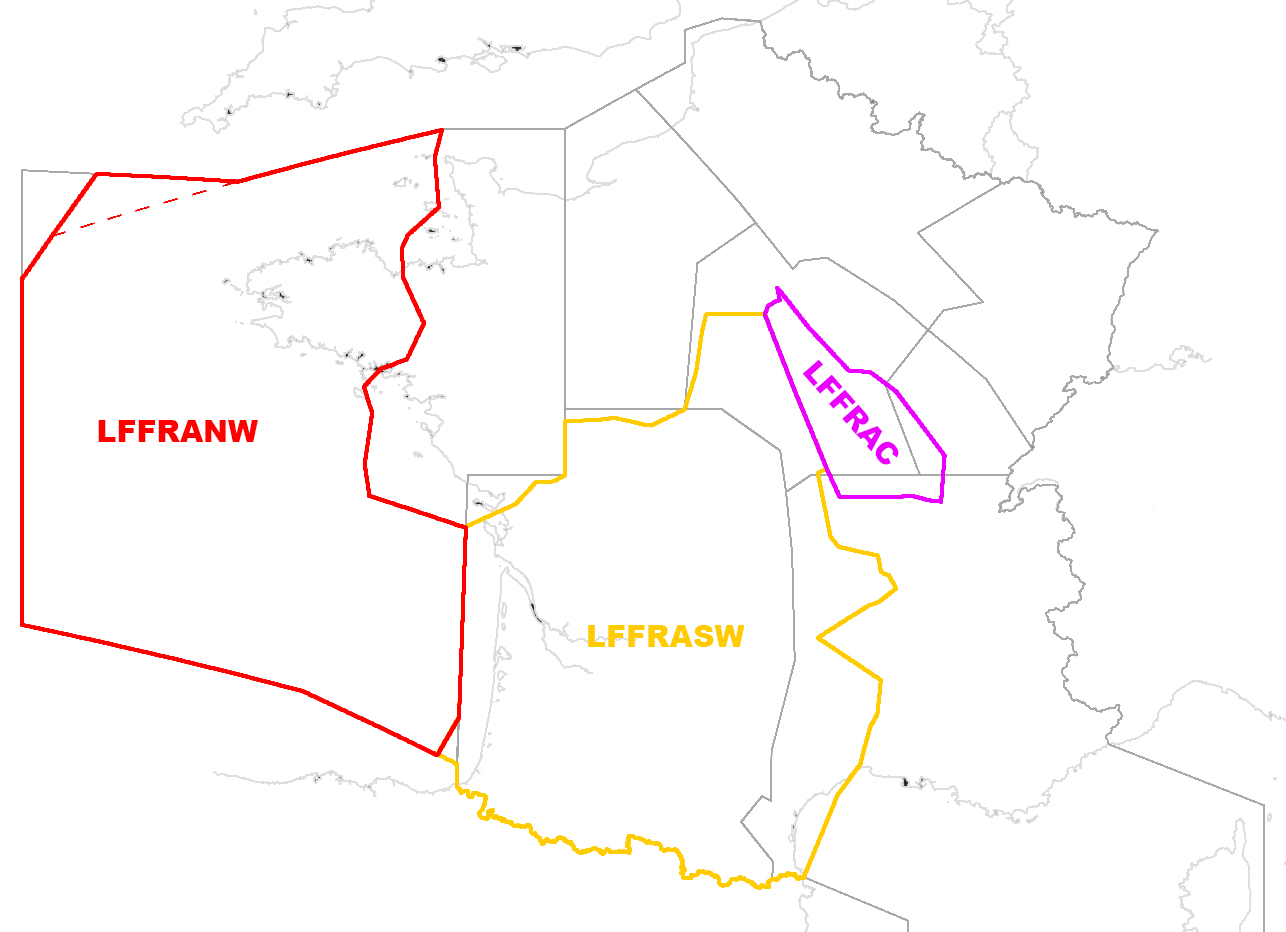 All upper ATS routes (FL195/FL660) have been withdrawn within the three french Free Route Airspace - except for 2 airways in the North-West FRA. The Upper Airspace chart from french AIP clearly depicts the new situation. 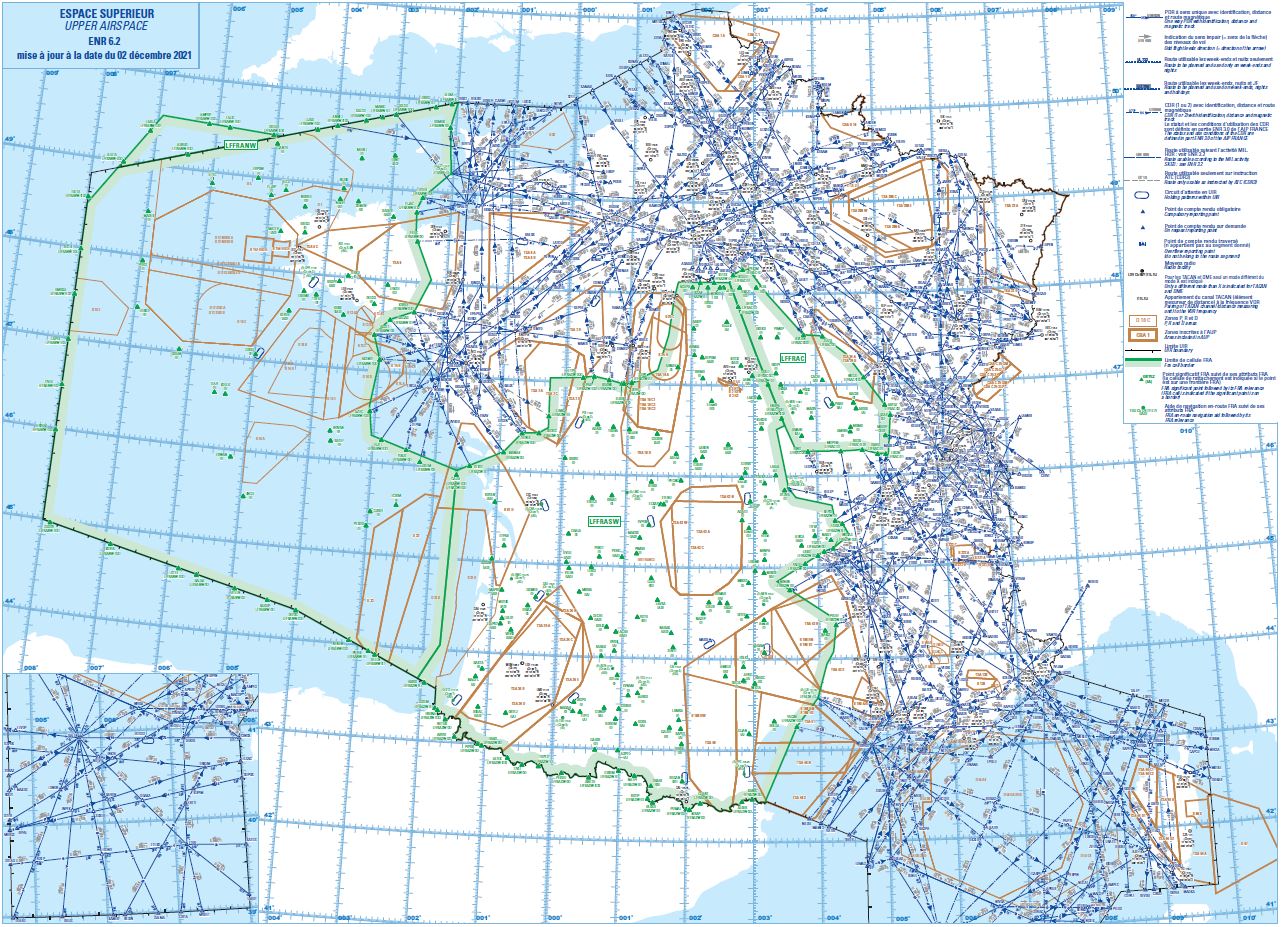 In some countries with Free Route Airspace, planning a flight within their FRA is almost really free. In France however, planning a flight through the FRA is subject to many constraints, mainly due to military airspace, ATC sectorisation, etc. Simply speaking, french FRA are using the "White List" principle. One cannot fly into french FRA except by flying along prescribed trajectories, defined in the RAD.

A few details on the 3 french airspace :

Here is a visual representation of all plannable trajectories within the french FRA, as of the 2nd of December 2021 : 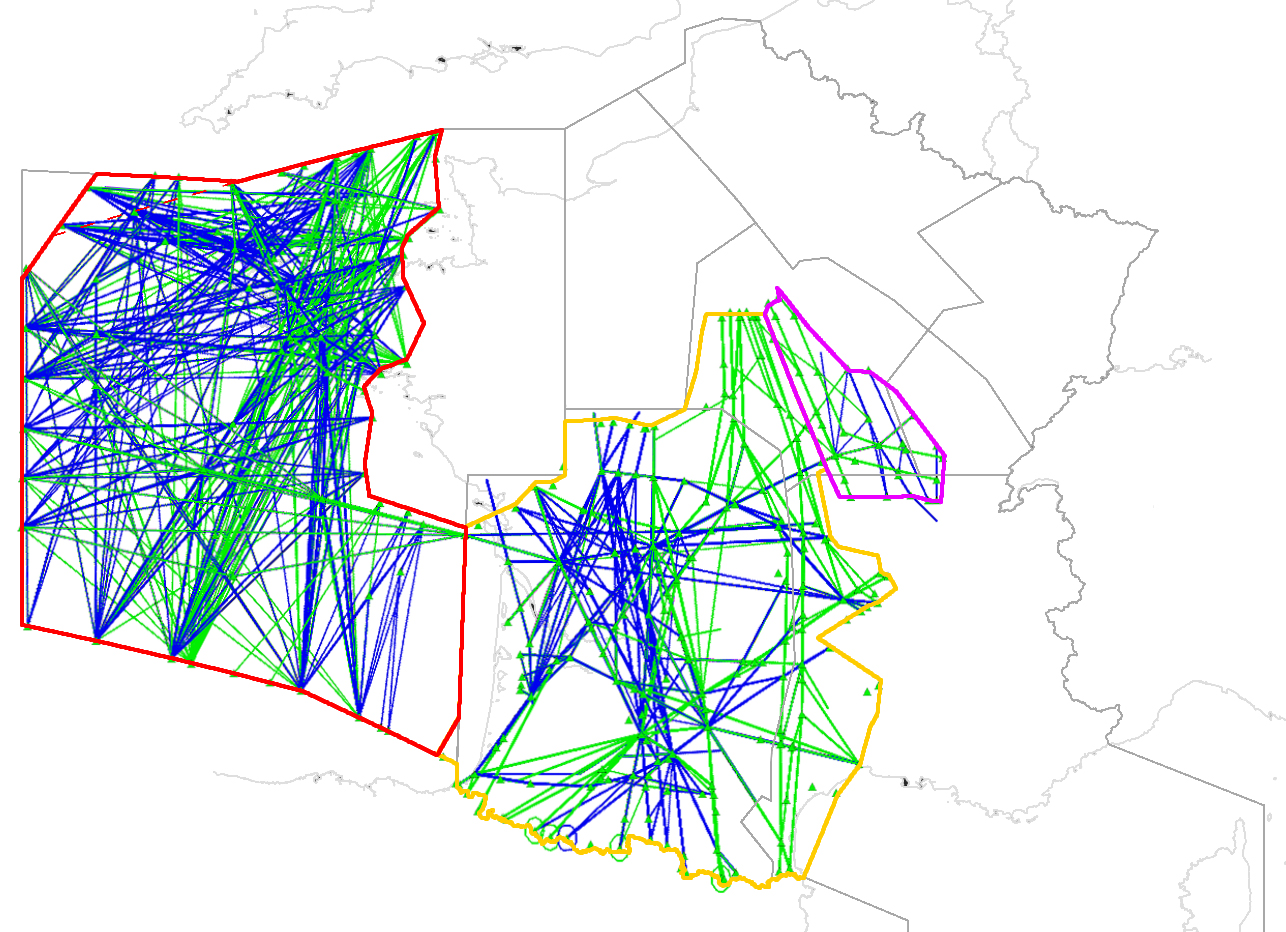 2.3 RAD - The key to plan your flight in french FRA

In theory, planning a flight in a Free Route Airspace is quite simple. In France however, airspace complexity makes this truth wrong and sets some restrictions on flight planning.

Those restrictions are defined in the RAD.

Without going too deep inside RAD details, RAD is a complex document listing all European restrictions on flight planning. For FRA flight planning, two parts of the RAD are of interest.

Pan Europe Annex describes with which sequence of turning points a FRA can be planned. 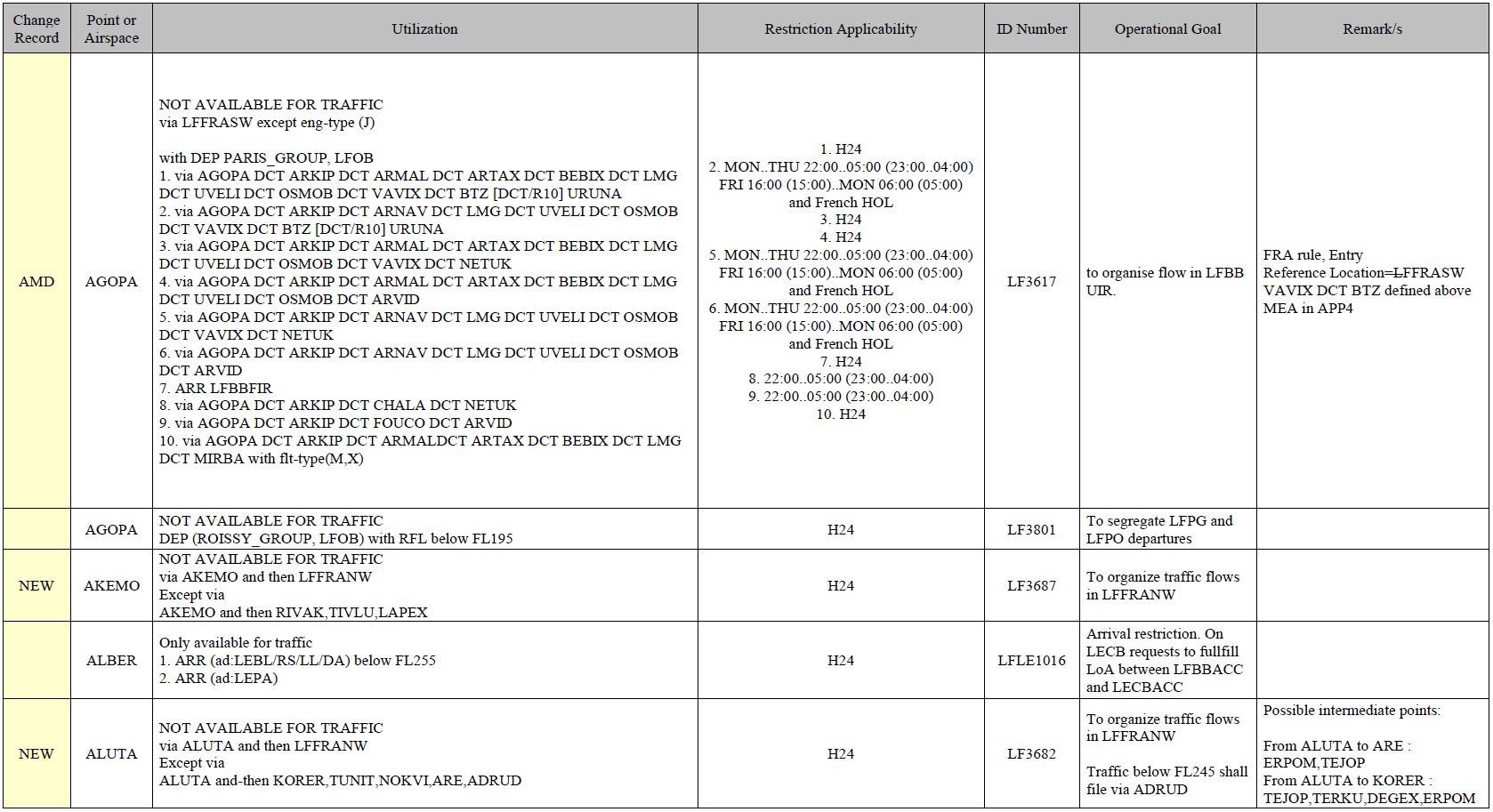 However, all available direct routing are not listed in this annex. Appendix 4 lists as well potential directs applicable in Europe. However, for french FRA, appendix 4 is of limited use.

You will find hereafter some routes samples covering the different cases we mentioned above. For each example route, the FRA section of the trajectory is written in bold. Each point and its role are then detailed.

3.1 Departing from an AD covered by a FRA